The Application of CFM500M and CFM500S Series in Series Connection 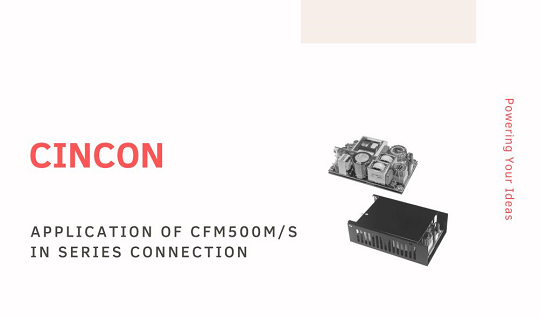 With the rapid development of power converter technology, the use of high-efficiency power supplies has been a great step forward. There has been growing demand for the compact size but high-power density power supplies. To achieve optimal efficiency and the end-product design, power supplies in series, in turn, are employed to increase the output voltage and the overall output power. This article aims to demonstrate Cincon’s CFM500M240 as an example to achieve power modules in series use to increase the output voltage and power application.

Cincon’s CFM500M/S Series are the compact size but high-power density AC-DC switching power modules. They come with input voltage range from 80 to 264Vac and offer output voltages of 12Vdc, 18Vdc, 24Vdc, 36Vdc, and 48 Vdc. The units, with efficiency up to 94.5%, are based on the power module architecture of PFC+LLC. Also, CFM500M/S Series support a 5V standby power and 12V fan power supply and offer the signal of PS On/Off remote control, fan control, power good, and power fail as the control applications that are beneficial to customer’s system. The modules are equipped with fully protected functions, including Continuous Short Circuit Protection, Over Current Protection (OCP), Over Voltage Protection (OVP), and Over Temperature Protection (OTP). The unit sizes are both 3 x 5 inches with baseplate or enclosed cooling solution. They can work under the ambient temperature range from -40°C to 85°C, which is for customers more flexible to install in various types of system. CFM500M Series has IEC/EN/UL 60601-1 approvals suitable for medical applications and CFM500S Series has IEC/EN/UL 62368-1 standard suitable for industrial and ITE applications.

The output of each power converter requires a diode connected in parallel that serves as an alternative path of the current to avoid triggering the protection. If either of the power supplies starts the protection mode, the output current flows into another one, which could damage the internal components. The voltage rating of the diode therefore shall exceed Vout to prevent reversed voltage; simultaneously peak forward surge current shall be greater than rated output current. 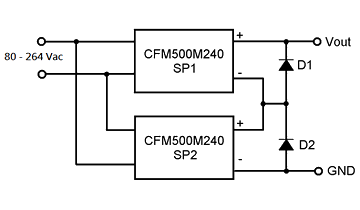 Figure 2. The Steady Waveforms of the Output Voltage and Current Connected in Series

Figure 4. The Instantaneous Waveforms of Output Current Vary from 0% to 100%.

The graphs below show the waveforms of output voltage and output current during starting up and the load currents are respectively 50% and 100% of the rated output current. As Figure 5 reveals, the SP1 is first activated, and subsequently the SP2 starts up. Even though the power modules start up at different moments, the overall output voltage and current in series will reach a state of stability after the completion of starting up.

Figure 5. CFM500M240 Starting Waveforms of the Output Voltage and Current in Series 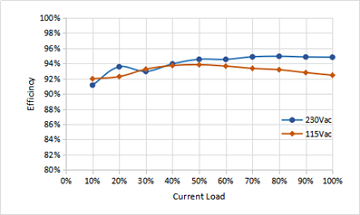 Figure 6. The Efficiency Curve of CFM500M240 in Series 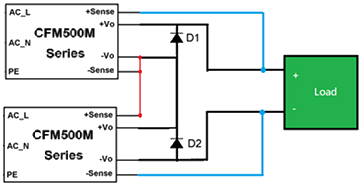 The purpose of this article demonstrates how to carry out the application of power modules connected in series by two sets of Cincon’s CFM500M240s as an example to increase overall output power and voltage. This case study confirms that the two sets of CFM500M240 power supplies connected in series can maintain a stable 48Vdc output voltage and the output current. Another significant aspect is that the load of two power modules in series varies, while the output voltage and current of the system can remain stable. On the other hand, when the power module operates with the maximum output power, its efficiency can reach up to 94.5%. These findings reported above indicate that CFM500M/S Series, based on the proper operation, are suitable for being connected in series with high performance and efficiency to elevate the overall output power and raise the output voltage. These series, in effect, are perfect for use in medical equipment (CFM500M Series), and information and other industrial applications (CFM500S Series).

If you have further questions, contact Cincon for more support