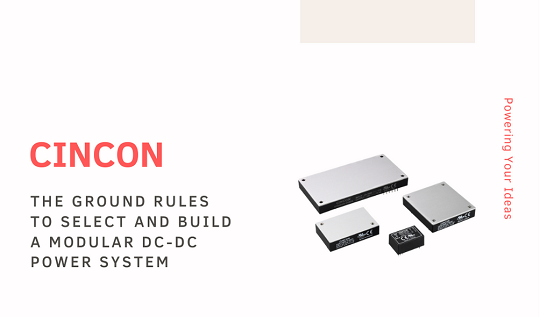 In the previous articles, we discussed fundamental concepts and EMI consideration for building DC-DC modular system. In rare cases, the abnormal peak current flows in the modular system, which is at risk of damaging the whole power system. To avoid catastrophic situation, safety circuitry design for protecting the power system is quite important. In this article, we will discuss key points to select right Fuse and TVS (Transient Voltage Suppressor) for building front-end safety protection circuitry.

Main function of fuse and selection:

There is a small piece of metal wire in the electrical fuse that protects the system by melting itself down. In a DC-DC modular system circuitry, it is placed at the front-end to protect the whole system. Ideally, when the disastrous situation happens, the fuse acts as a protection to let the circuitry to be “open” before the tremendous energy flows into the back-end components and damages the whole system. On the other hand, overprotective design would cause troubles, which sacrifices the fuse easily. Therefore, selecting a suitable rating fuse for DC-DC modular system is critical. The following are the factors for selecting a suitable fuse:

a. Choosing a certified fuse

In a DC-DC modular system, the operating voltage should always be under the maximum voltage rating of the fuse. This is important since fuse is not sensitive to the change of voltage.

A fuse is opened when the thermal energy accumulates to its upper limit, and it will break down itself. The equation I² t, which indicates Current and Time are two key factors, can calculate the nominal melting rating. Beware various types of inrush current waveform affect the I² t equation because of the energy difference.

The following is an example of average current curve (I-T curve), which helps designers to find out the ideal current rating fuse and its melting condition. It could be seen from three aspects.

1. If we select a 0.315A current rating fuse running under 1A condition, it could last within 1.8 secs and the fuse would be opened.

2. If we select a 0.315A current rating fuse and want to know the minimum running current which opens the fuse within 0.1 sec, it shows around 2.9 A.

3. If we want to select a current rating fuse which could be opened within 1 sec at 10A, a 2.5A current rating is the closest one meeting this requirement. 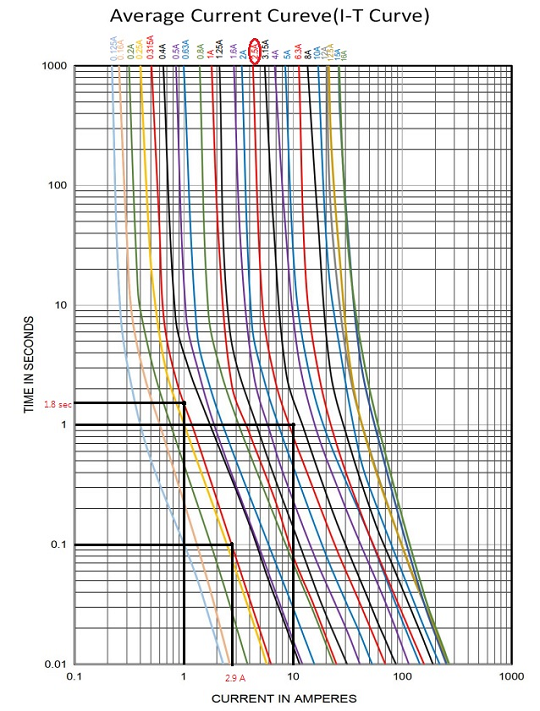 The breaking capacity could also be described as interrupted current rating, which indicates the maximum fault current to break the fuse. This parameter is used for defining the maximum current during fault testing such as short circuitry or overload testing to ensure that the fuse does not break down easily. 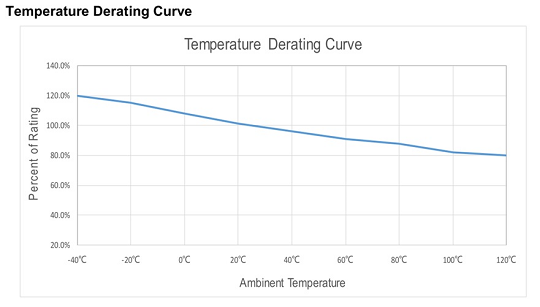 Besides the peak current protection for a DC-DC modular system, the transient high voltage such as spike or surge would also damage the components in the power modular system. TVS (Transient Voltage Suppressor) diode is commonly used at the front end to protect the whole power system. The key parameters for selecting suitable TVS are as follows:

The reverse standoff voltage (VR) describes the voltage of TVS that could hold before reversing. The working voltage range should be within this volume.

b. Breakdown voltage and clamping voltage

The breakdown voltage is the maximum voltage that breaks through the TVS, and clamping voltage describes the voltage while peak current goes through. Both parameters should be considered as an upper limit line to protect the power system. 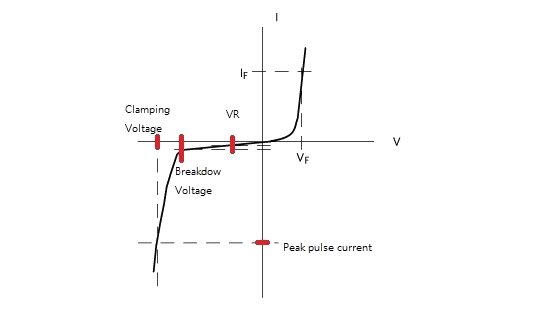 In Cincon’s application note, we have the recommendation of Fuse and TVS rating for the system application. Taking CHB200W12 as an example:

Then we need to consider the thermal derating, assuming 10% current derating under 40℃ operation, and 25% margin to meet safety standard (UL as an example).

In the application note, we recommend using a 25A rating fuse. Also, the specification indicates the inrush current maximum 0.1 (A² s), which could be cross checked from the selected fuse specification to see if it exceeds the rating.

Check the CHB200W12 Specification and Application note for more details.

The safety protection for circuitry plays an important role in protecting the whole power system. Key parameters in Fuse and TVS were discussed for selecting suitable components. There are some cases or applications that additional front-end protection circuitry design is needed. Contact us for more support and inquiries!